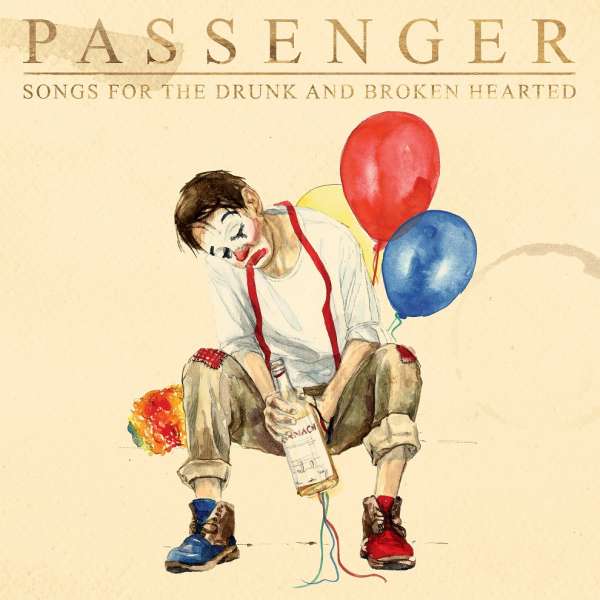 Songs for the Drunk and Broken Hearted

Songs for the Drunk and Broken Hearted

Mike Rosenberg, better known as Passenger, is a multi-award winning, platinum-selling singer-songwriter from Brighton, England. Although still known for his busking, he long ago made the journey from street corners to stadiums most notably with 'Let Her Go', which reached number 1 in 19 countries. Yet Let Her Go is just one song from a remarkable back catalogue that extends across multiple albums including Young as the Morning, Old as the Sea, which topped the charts in the UK and elsewhere. The consistency of his output, coupled with his authenticity both on and off stage, has won Rosenberg a global fanbase and given him the chance to headline some of the worlds most famous stages.

Rosenbergs latest album, Songs for the Drunk and Broken-Hearted, is his thirteenth to date. He thought it was ready to go in early 2020, but then the covid-19 pandemic turned the world upside down. The majority of the album had been written when Rosenberg was newly single and many of the songs are populated by drunk and broken-hearted characters with the album being about heartbreak across the board.

Songs for the Drunk and Broken-Hearted includes the recently released tracks The Way That I Love You & London In The Spring as well as a number of additional tracks written during lockdown.

All physical packaging is made from 100% recycled material.

Flere tilbud: Passenger - Songs For The Drunk and Broken Hearted